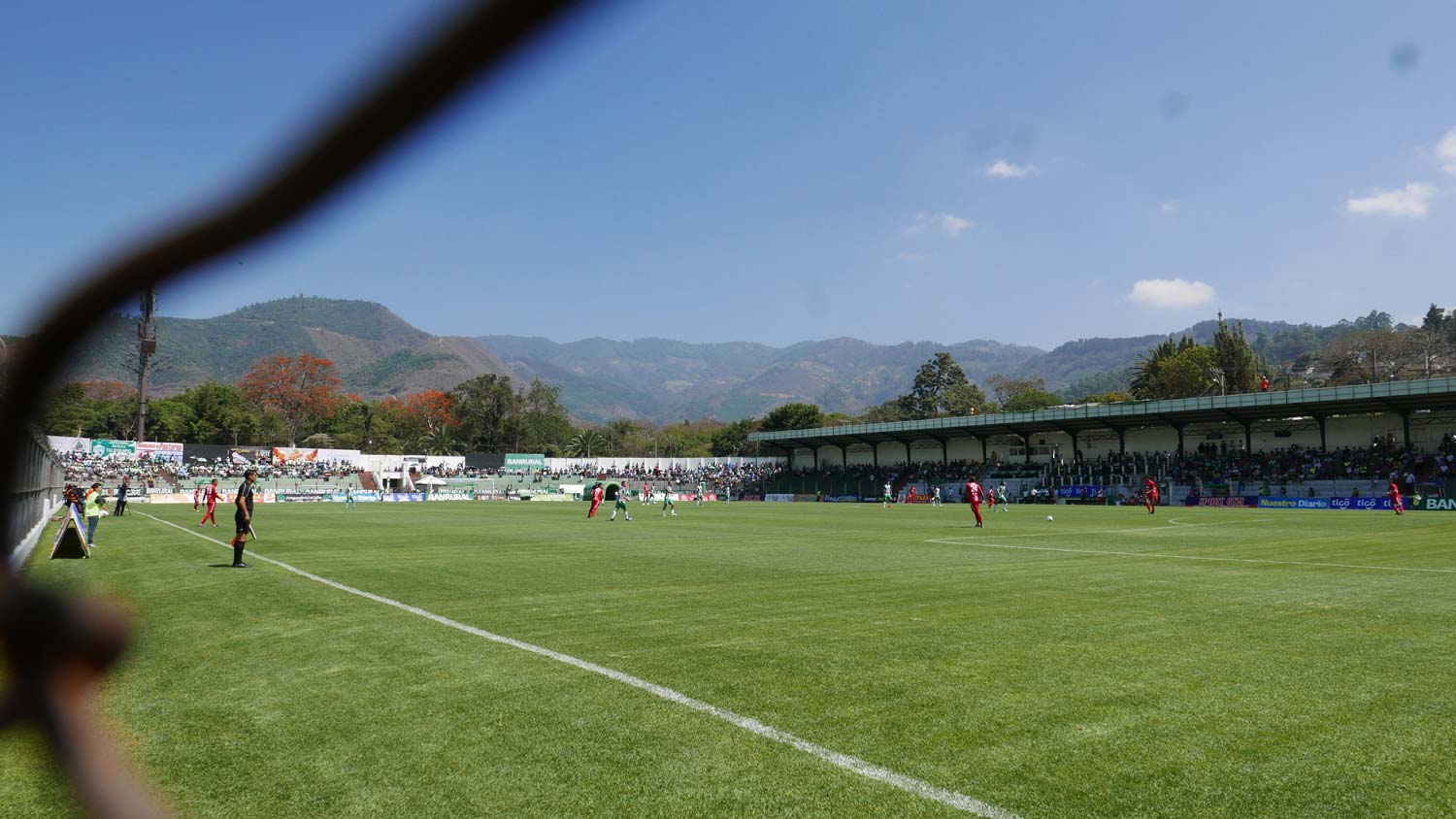 The church bell is invading the serenity of this sunday morning in the small park. Old men are squabbling on a bench here in Antigua Guatemala. All cliches are there to be confirmed, time and again. And then there is this strange flow of people in green-and-white striped T-shirts, slowly walking north over those cliche cobblestone streets.

The way people experience football in a country says a lot about that society itself. It is an interesting thesis, documented magically amongst others in two photography books called ‘European fields’ and ‘Dutch fields’ respectively.
If the thesis rings true, Guatemalans must be the most relaxed people in the world. It is twenty minutes past noon. And just out of curiosity, the football scores app on the smartphone shows there is actually a Premier League (the Guatemala one, of course) starting. In TEN minutes.

There obviously is no other option than to give up on the peaceful park Plazuela San Sebastian and follow the cobblestone street. One turn to the left actually reveals a green open gate, a small booth selling T-shirts from the home side, and some scalpers selling tickets.
Hardly any noise comes from within. In Italy the Ultras would be burning their flares by now. In Holland techno music would announce the imminent arrival of the stars of the show. In Mexico and Brazil the drummers would start the endless beat of the samba.
This, though, is more of a peaceful sunday afternoon gathering in the sun. Slightly improvised, as if everyone is waiting for the next earthquake to do damage to the stadium. So there is a small stand where people are preparing some cocktails and fresh juices. There is some not-so-solid-looking scaffolding for the live TV coverage. And there are some concrete steps, where the locals have firmly put their bums to… just wait and see.

And why would you make too much of an effort as a supporter, when the sun is burning down on you, and no roof in sight? Well, actually there is one, on the main stand, for those wanting to shelve out two or three dollars more.
There are no orchestrated chants to support the local team, here in the Estadio Pensativo. ‘The thoughtful one’, how appropriate 🙂 Antigua Guatemala FC are the reigning champions, though they don’t really show that today. Maybe they are also still impressed by the scenery, this stadium in between the surrounding mountains hiding volcanoes in them.
There is a short eruption for the only home-sided goal of the afternoon. There is a LOT of cursing for the home team. But nobody seems to be surprised when the pizza delivery guy on his moped drives straight to the big stand, to make the second half a bit more comfortable for some visitors.

The biggest spectacle unfolds when one of the advertising boards in the stands comes down, though the wind isn’t exactly giving its best yet. The final whistle heralds the bigger effort of the afternoon: actually lifting our bodies from the stands, putting our sunglasses straight and walk back to the cobblestone streets to resume peaceful life in the park… 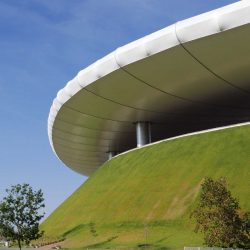 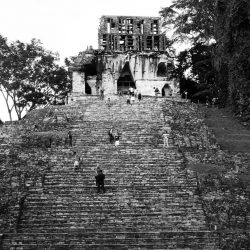 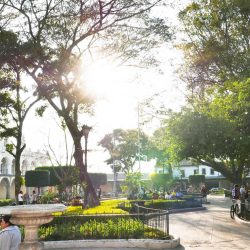