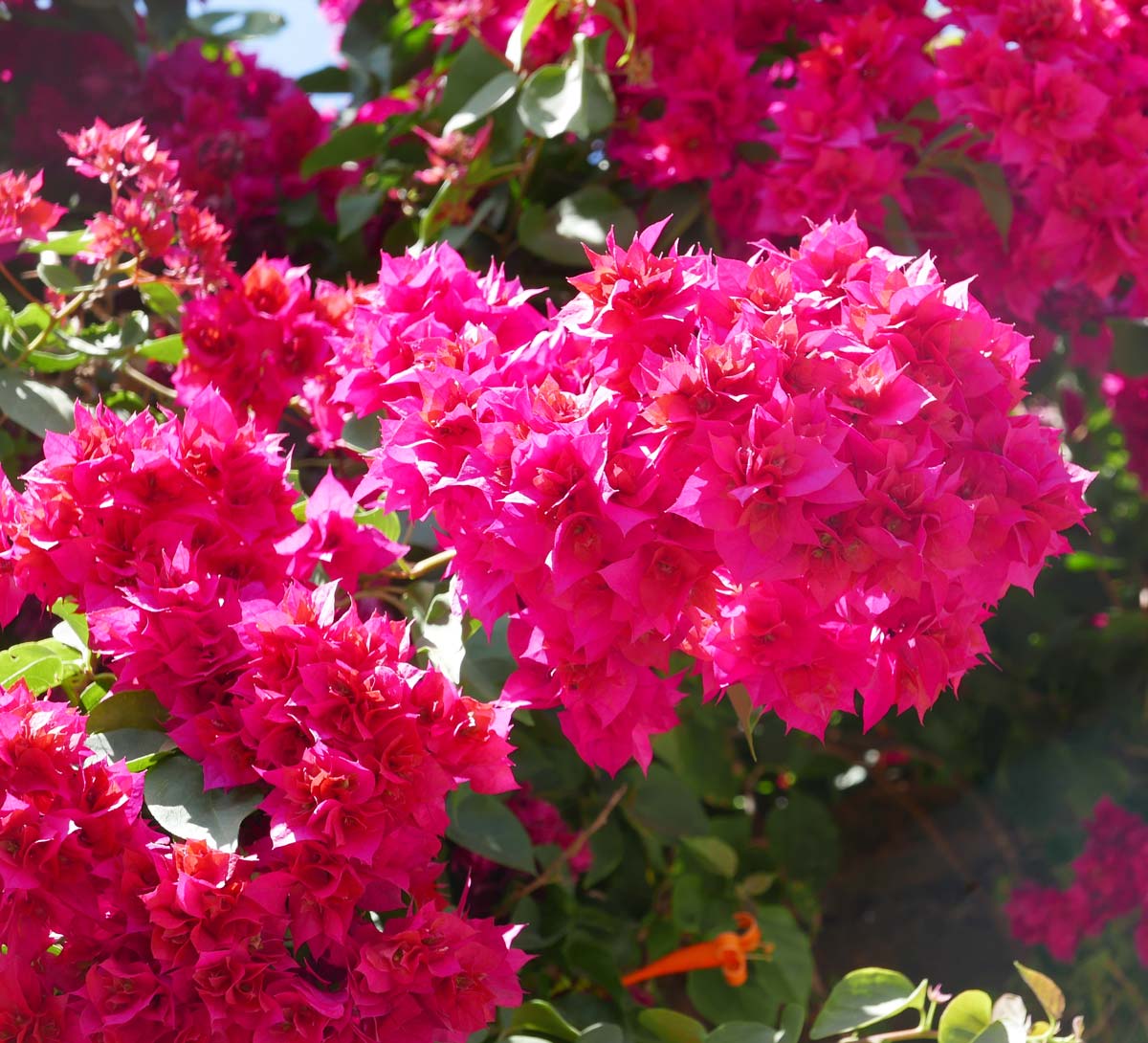 The scars of recent history are still haunting El Salvador, just as elsewhere in Central America. Epidemic corruption, drug-trafficking-related crime and poor infrastructure have given the country a bad reputation and an even worse economic climate. If it could only clean up its own house, how shiny would the future of this natural beauty actually be?
There are signs along the road that say ‘#DoNotSkipElSalvador’. The people here are fed up with tourists ignoring the small country on the Pacific coast. Most of them travel straight from Leon in Nicaragua to Antigua in Guatemala, leaving Honduras and El Salvador behind them.
It’s partially understandable, as both Guatemala and Nicaragua have a more diverse nature to offer. And the capital San Salvador, with one of the highest murder rates in the world, is not an easy place to visit. Then again: even that city has its charms, including one of the best art museums of the continent. And because mass tourism is unlikely to invade El Salvado anytime soon, the beaches still feel as if they belong only to you.

Tucked in between Guatemala (in the west) and Honduras (north and east), small and cute El Salvador has a rocky recent history. The civil war between far-left and far-right factions between 1979 and 1992 left the country in a deplorable state. The country was a pawn in the global power game between capitalism (USA) and communism (Cuba and the Soviet Union).
After a delicate democracy had been reinstalled, economic progress was still slow. Violence stemming from drug gangs became a national problem, again mainly fuelled by America deporting Salvadorans living illegally there. The resulting bad international reputation has left the tourism industry in tatters.

Beaches: the difference between the huge beach towns in Costa Rica and Mexico on one side and the ones in El Salvador on the other could not be bigger. El Tunco, El Zonte and El Cuco are sleeping villages, with nothing more than a couple of streets, some pubs and restaurants and dreamlike beaches. If you really want to switch off, these are the places to be. They also offer excellent wildlife (El Cuco) and surfing galore for the hipster crowd (El Zonte, El Tunco)

Hiking: most hikes in El Salvador revolve around volcanoes. The easiest one to get to is probably Santa Ana, as it can be reached from Juayua on the Ruta de Flores. You can also add a trip to the volcanic lake of Coatepeque to that excursion. Other good options such as Volcan de San Miguel are more in the southeast, on the road towards Honduras and Nicaragua

Ruta de Flores / Flower Route: probably the biggest tourist attraction is this 32 kilometre long route through several mountain villages close to the western border. The best time to visit is in January or February, when the flowers are in full bloom. The easiest way to do the area is by rental car, though public transport (the chicken bus from Sonsonate to Ahuachapan covers the entire section) is also a good and very cheap option. Beyond the flowers there are several attractions along the road: the coffee industry in Salcoatitan, ziplining in Apaneca and the seven waterfalls hike and the Sunday food market in Juayua amongst others. You can do the road in one day when in a hurry, but you can also easily take a week and sleep in several villages

San Salvador: love it or hate it, this city is at least vibrant. Rumour has it that the entire capital is dangerous, which is utter bullshit. There are neighborhoods in the east that are no-go areas because of drug violence. And the city center is a chaos, one huge open air market during the day which is an experience in itself. In the evening it’s probably not a good idea to walk around there too much though, as this area is seriously poor and dirty.
On the other hand, the same centre offers some astonishing buildings. The cathedral, with the tomb of the murdered archbishop Oscar Romero, is definitely worth a visit. And the El Rosario church is probably the most beautiful in entire Central America.
Once you make it to the western districts of Colonia Escalon or Zona Rosa, you cannot believe you are in the same city. There are shiny modern office buildings here, leafy residential areas and a great museum of modern art. San Salvador has many faces: it would be a pity if you wouldn’t try to see them all.

There is only so much you can visit in two to three weeks. So on the to-do/to-visit-list:

Pupusa!?! Yes, absolutely the favorite dish oft he country. Basically it’s fried bread, with some kind of filling (otherwise it is so dry you don’t even want to try to digest it). There are restaurants everywhere that serve ONLY pupusas! Apart from that, there is a decent offering of Mexican food. In beach villages and in San Salvador there is a huge choice of international food: pizza, pasta and much more.

Basically there are three options. Minivans, especially with Gekko Trails Explorer, are a great option from Leon (Nicaragua) and Antigua (Guatemala) mainly to the beach villages. Prices are usually around 25$.
Luxury coaches are another good way. www.pullmantur.com , www.ticabus.com and www.transgalgosinter.com.gt all offer services to the big towns in the neighboring countries, though Honduras is often ignored. Prices hover around 40-50$.
Last but not least there is the bonus option: a boat from La Union to Potosi in Nicaragua. It is the most expensive (around 50-65$) and fastest option. It first and foremost saves you a border crossing as it takes the route acrossa the water to circumvent Honduras. See here for details. The rather excellent Centrocoasting has an overview of all available connections. https://centrocoasting.com

In El Salvador the chicken bus is also the main mode of transport. On some stretches there are minivans as well, which are slightly quicker. The chicken buses though give you the true Central American experience, as they are an adventure in their own right.
Renting a car is also a good option. Road quality on the main roads (from the coastal towns to San Salvador, and from the capital to Sonsonate in the west and the La Union region in the west) is generally good. No highways though: Salvadoran traffic can be painfully slow, but why would you be in a hurry anyway?

Weather: when coming from moderately warm Guatemala, the humidity and heat of the entire El Salvador coast take some time to get used to. This is the first place that gets seriously hot, that’s why life here almost comes to a standstill. In the mountainous regions (along the Flower Route for example) weather conditions will vary much more. Once the sun disappears in the evening, it can actually get a bit chilly over there, and rainfall is more usual as well. Same goes for San Salvador, though it is warmer because it is at an elevation of only 658 metres.

Safety: as in other Central American capitals, most violence is because of drug gangs. Things can get especially tricky in the eastern parts of San Salvador. The city centre is also not safe at night, but more because of muggings and robberies than because of drug trade. Outside of the capital, take the usual precautions and you should be fine

Gay travel: public displays of affection are not common, though attitudes are generally more relaxed on the coast. In San Salvador there is a lively dating app scene. Usual precautions (first date in a public space) should be taken though

Customs: pretty relaxed. You can count on longer waiting times in the west during working days (also because of trucks), and going in that direction is always more difficult because it’s also the flow of the drug trade towards the US. The formalities themselves though are quick and cheap. Same goes for the eastern border towards Honduras. You can move around for three months in four Central American countries (also Honduras, Guatemala and Nicaragua) before you have to leave. Check in advance whether you need a visum, though these four countries have treaties with most countries for that 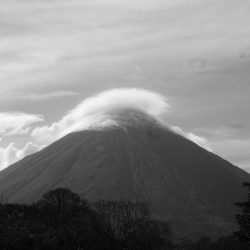 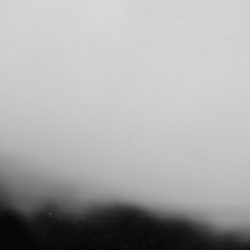