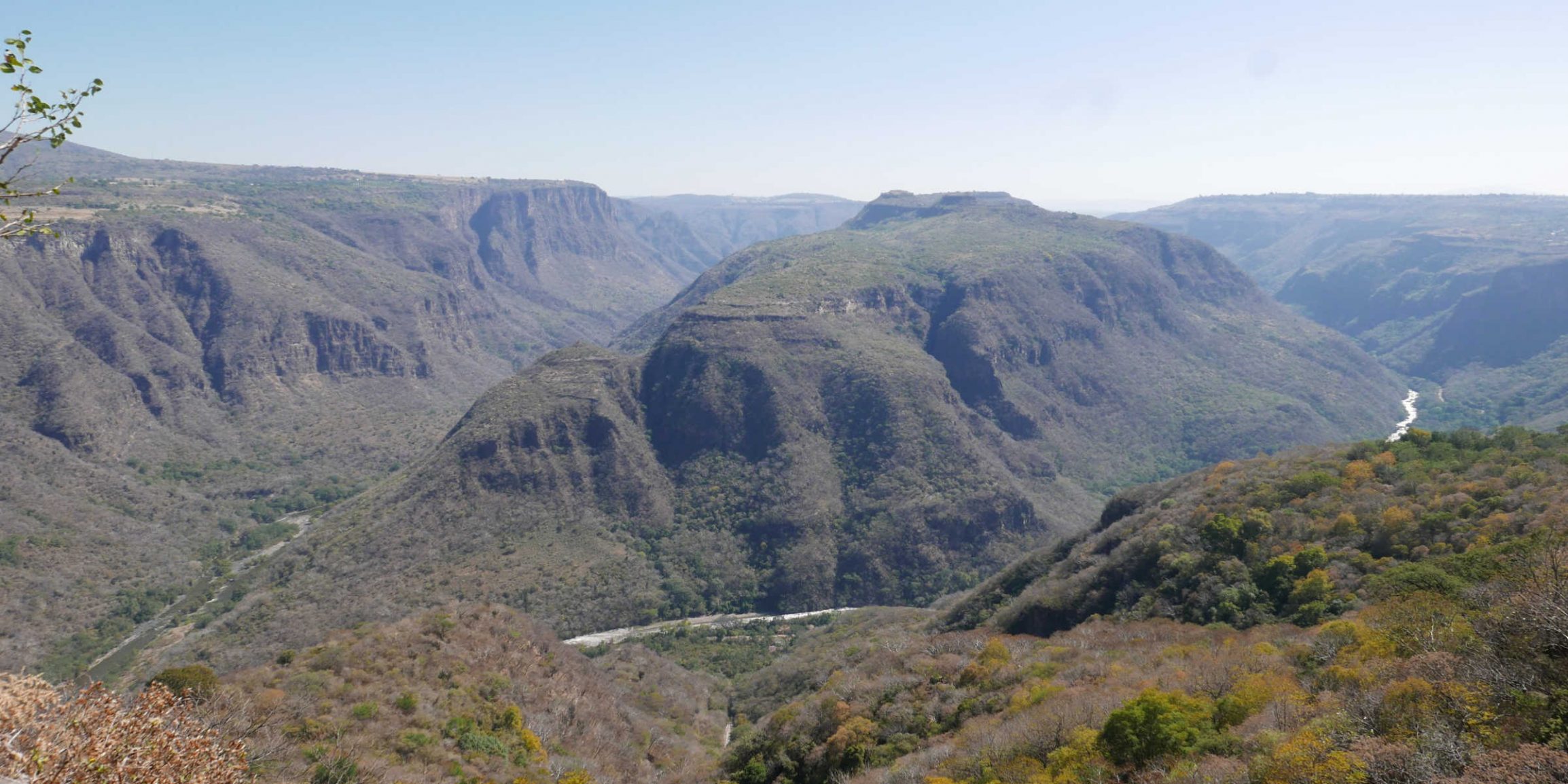 If you think of Guadalajara, you probably associate it with a metropolis. Traffic chaos. Dirty streets. Mariachi music. But not with hiking, with a luscious canyon and beautiful nature. That, though, is exactly what the Barranca de Huentitan is offering.
If the tapatios (inhabitants of Guadalajara) wanted to keep this one a secret, they definitely gave it a good go. Yes, there is a mention in the Lonely Planet. But to make this place on the northern edges of the city a tourist attraction, a solid public transport connection would have been nice.
If you don’t have the help of a friendly tapatio to assist you – like I had – just get yourself a taxi instead of the one local bus that does travel there. Some kiosks at the end of the dirt road signal there might be something hiding, but apart from that… no sign of the Barranca.

Strange, as the entire world knows the Grand Canyon in America. But this canyon, not much less attractive and in the middle of a metropolitan area, is largely unknown to the rest of the world. But once you made it through the gates (for free!), you dive straight into another world.
Literally. The path is initially out of stone, a luxury that doesn’t last long. From there on it is a long deepdive, zigzagging down the hill, occasionally providing jawdropping views of the river below.
The even quicker way would be to follow the former cable car, which you cross several times. But that one is even steeper than the normal trail. Which isn’t an easy descent, 600 metres down, by any means.

So much for the easy part. And the big reward of course is the river in the valley. A great place to chill – in the burning sun probably though. The vegetation is strange here. No real high trees, more desert-like but dense bushes on dry soil. Apparently some snakes as well, though thank god we didn’t encounter any. And as Guadalajara is already on an elevation of around 2000 metres, it isn’t the friendlist environment anyway for luscious plants and trees to grow.
The riverbed of the Grande de Santiago river can be followed quite a while here as well. Apparently there are also some remains of a very old village somewhere. Be cautious with your energy levels though: the way back is not easy for untrained people.

This is the tricky part. Don’t be fooled by the numbers at every turn: they are only a rough indication how many hairpins you still have ahead of you. Mexicans of all age groups and sizes will pass you, on their way up down. Many of those who overtake you, pay their toll later on, a sign that even the locals underestimate this climb. They should renovate that goddamn cable car!
Count on 90 minutes of going up. Ever slower, though also in more and more shade if you are lucky. The last part is so steep the sun almost can’t get through and the hills cast a dark protective shadow.

There is now no resisting the kiosks anymore on the top of the hill. My local friend gets a fresh coconut juice, then shares the hard inside skins of the coconuts, that are being expertly removed by the kiosk owner and his machete.
By this time tiredness takes over your entire body. One bottle of alcohol can give it a knockout. And then, with just two short bumpy bus rides, back to Guadalajara centre. 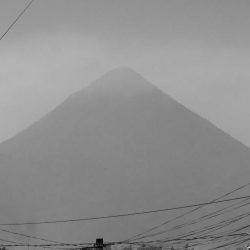 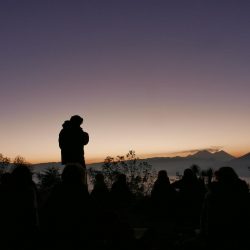 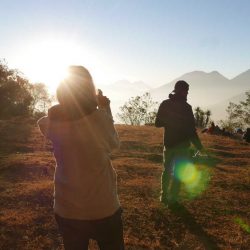 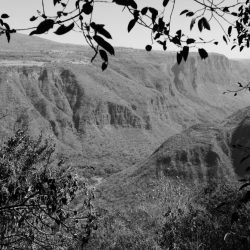 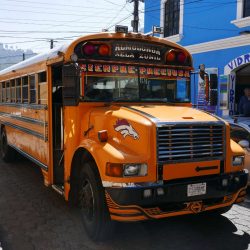